Note: This is a transcript from our Sacred Earth Special event from April 22nd, 2021. You can still purchase access to the event replays by joining the event.

Emmanuel:
Greetings. My name is Emmanuel.

Therefore, Earth can truly be considered and perceived as the home of humanity’s birth – a birthing process into a non-material form of consciousness: First experienced in the material form, in individualized separated experiences for the human consciousness collective to experiment, and to learn, and to grow, continuously, until the collective has evolved to a certain degree of its understanding of itself, where the individualized material experience as human form is no longer required.

[In] this new form of experiencing itself, humanity will learn to live beyond the space-and-time construct, humanity will learn to include its identities ever established in individual forms, as well as its collective understanding of itself. This new form of existence will allow humanity to explore even higher planes of consciousness — dimensions difficult to reach for the entire collective while operating in a material existence — high frequencies that can be reached due to the non-material nature of humanity’s newly established form.

Humanity will gain new learnings and realizations, new relations will be established, new connections, new interactions, and new experimentations to continue to fuel it’s learning. This birthing process is what we refer to as the “Ascension” process of humanity.

Question #1:
Emmanuel, in a prior interview you shared that when your civilization “ascended,” some individuals chose not to go along, as they did not see the promise of the new non-material form. When humanity ascends, will some choose to stay behind, or take human form again here to continue being stewards of the Earth?

Emmanuel:
Once the Ascension process of humanity is complete, humanity’s consciousness will no longer be required to be housed on this Earth. Planet Earth will develop new ecosystems appropriate and perfect for a new form of consciousness, for a new form that will hold new life. The souls that have evolved and continue through the Ascension process of humanity will continue to exist in the newly established form that is prepared for humanity.

Once these learnings are integrated and completed, these individualized soul containers can reenter the newly established form of non-material kind that humanity will be enabled to [enter]. Therefore no soul is ever lost, even in the process of this birthing of humanity’s evolution and humanity’s Ascension. Thank you for your question.

Question #2:
The guides speak of a ‘critical mass’ of individuals who must ’embrace the realizations fully and in their entirety for the rest of the human collective to receive the benefits of the realization.’ Can you elaborate on this, in particular the phrase, ‘critical mass,’ please?

Emmanuel:
The ‘critical mass’ that we refer to is not a specific number of individuals, yet it is a continued increased frequency that humanity can hold consistently. Humanity and its consciousness operates in a spectrum of frequencies. These frequencies vary throughout emotions, thoughts, and realizations.

Every realization that every individual comes to allows for this increasing of the frequency, and for the integration and the establishment of these frequencies. The sustainable holding of these frequencies makes the ‘critical mass’ that were referred to viable, and a stepping-stone for the next unfolding in the Ascension process of humanity. Thank you for your question.

Question #3:
As we are becoming more connected to our collective’s impact on Earth, I wonder about the importance of choices that we make that would benefit not just ourselves, but the entire planet. One concern of mine is the animal industry. Could you share thoughts on the value of reducing meat consumption, or even adopting a vegan diet?”

Emmanuel:
The consumption of meat is not particularly the problem — it is the way humanity established its infrastructures to extract, to optimize, and to draw beyond the resources given, beyond what is truly needed, an over-consumption, an imbalanced and misaligned perspective on the irreverence, the beauty, and the power of life.

The energy at which every action is taken carries a certain frequency. Frequencies that draw, that reduce humanity’s current state of being, are detrimental for its continued evolution. Frequencies that continue to increase and sustainably uphold higher frequencies are critical for humanity’s evolution. Therefore it is the intention, the aligned action, the presence, the reverence, and the perspectives held within every action that humanity undertakes that make the difference.

Therefore, the continued evolution of the individual, as well as the greater alignment within, is what will drive humanity’s choices for sustainable, for aligned, for graceful inter-operation and inter-exchange with this Earth, and all the life forms, and all the gifts that are provided by this Earth for humanity. Thank you for your question.

Question #4:
I’m a biologist, and as a group we are worried at times because of the disappearance of plant and animal species. Are these lost forever, or can they be brought back? Or are these somehow preserved in another dimension?

Humanity has the power to evolve, has the power to create as well as to destroy. The destruction that has led to the extinction of certain life forms in their physical manifestation will not lead to the destruction of its consciousness. The knowledge and the wisdom that has been collected and continues to provide this Earth, as well as other forms of consciousness with the wisdom that has been gained in this momentary experience.

The beauty and the diversity of humanity’s Earth, of this Earth, will suffer from the extinction of the many life forms that no longer sustainably can continue on the physical manifestation on this Earth. Yet the forms that currently exist will be sufficient for humanity to continue its evolution process. New forms of consciousness will emerge into material being.

While not at the rate as the extinction is currently occurring, these new forms of consciousness will balance the ecosystems that are required to continue life on this Earth. The Earth provides self-regulation continuously and will provide the self-regulation until humanity has completed its Ascension process. Thank you for your question.

Question #5:
What is the potential of technologies like permaculture for restoring balance in Mother Earth’s ecosystems, including the oceans? In what other ways can we best restore balance?

Emmanuel:
Technologies, as you have mentioned — permaculture — is a manifestation of humanity’s consciousness evolution. As you can see, an evolved consciousness perceives the cyclical nature, the balanced nature of humanity’s existence on this Earth, the importance of co-creation of the balance of receiving versus giving.

These continuous cycles must be fully understood and embraced by humanity and be included in its actions. As humanity continues to receive from this Earth, it must understand to return accordingly. It must understand that the existing cycles and mechanisms established to provide for natural evolution for a natural cycling of energy, natural providing of life, must continue.

Emmanuel:
The human consciousness includes mechanisms to connect to various other forms of consciousness, to various energy levels and energy frequencies. A human communication, a word, a story, a name, is the anchor and the pointer to that specific frequency, to that specific location. Therefore, the communication that you receive is merely pointing your consciousness to the right place. And as your consciousness connects with the location that it has been pointed to, it is able to receive the energies flowing through this particular point in this physical reality.

The sacred sites on this earth carry an increased potential of energy and frequency, therefore the sensitivity of your being is impacted at a greater level by tuning into these particular places. An individual that is connected to this particular sacred site will emanate the frequency received and the energy received from that sacred site. Its sheer alignment and presence will therefore be a transmitting vehicle for the energies and the frequencies received from that sacred site itself.

Therefore transmissions by individuals connected to specific sacred sites will be possible. Humanity has endeavored in this particular practice for the length of its history. Throughout many civilizations, individuals were attuned to specific sacred sites and carried the frequency, the benefits, the beauties, and the love of certain sites with them, and became ‘mobile transmitters’ of the energies of certain sites. This re-emergence of understanding of the power of the sacred sites around this world will certainly influence and transform humanity’s evolution of its consciousness. Thank you for your question.

Question #7:
It has been my understanding that it is beneficial to do activities that energetically clear an area, such as burning Sage, but after listening to the guides, it seems that the clearing is cleaning up humanity’s energetic rubble, rather than helping Gaia, as Gaia may not need our help. Is that true, and is the primary responsibility of us as humans to live a life of alignment, rather than actively doing something to help Mother Earth? Thank you.

Emmanuel:
The Earth itself has self-healing and self-regulation mechanisms that over time will allow for recreation of suitable and sustainable environments. The periods of time that the Earth requires to re-establish balance for new ecosystems to emerge is beyond the scope of humanity’s existence itself. Therefore, it is in humanity’s interest to observe and understand its impact on the cycles that the Earth has established to self-regulate and to realign.

Humanity has the power and the ability to impact these cycles, and that will entirely be humanity’s choice, knowing that impacting these cycles for Earth’s regeneration will impact the comforts that humanity itself will have, the impact that these regenerative cycles will have on the life forms and the ecosystems established. It is truly a choice, the choice on what kind of Earth, what kind of circumstance and environment, does humanity — do you — want to live?

It is a collaborative effort. While the Earth provides the cycles, regeneration, self-regulation, and adjustment, Earth itself is home for its children. And while humanity evolves, it evolves beyond the role of a child. It evolves into stewardship, into guardianship of its own environment of all life that exists on this plane.

Conscious action is therefore encouraged. Conscious, deliberate, and aware action is a manifestation of an aligned individual, an evolving human being in action, manifesting its evolutionary state into reality. With every step that the individual takes, with every action that the individual takes, it represents the state of its evolution, it displays the manifestation of the effort that it has taken to evolve as a conscious being. Thank you for your question.

Question #8:
I feel a very strong connection to the Sun. Can you tell us about the Sun as an entity and consciousness?

As you can see, the unconditional nature of the Sun’s power of the Sun’s energy and force is beyond its own consciousness: It is the transformation of the love of creation into this physical reality, into a form of energy that can be received directly — the warmth, the light, the heat — a direct, transformed aspect of the love of creation delivered to you, by the form of consciousness seeded into all cosmological forms, including your Sun. Thank you for your question. 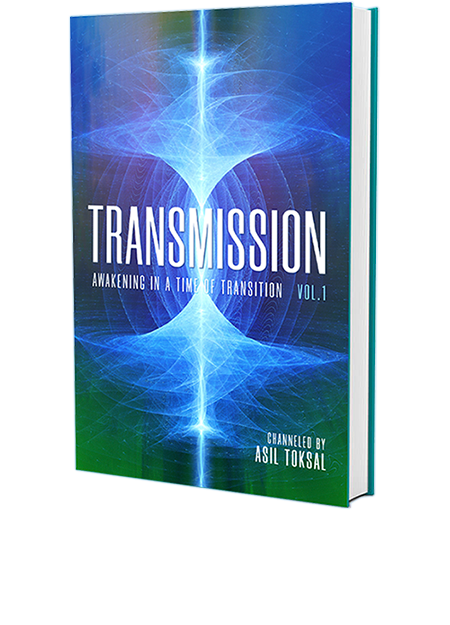 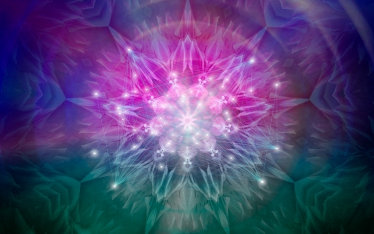 Q&A with Emmanuel – The Soul’s Agreements – September 11
Emmanuel: Greetings. My name is Emmanuel. Over the course of this lifetime, you will witness the evolution of your consciousness. In this current iteration of humanity, and in this current...
8 Likes